For more than 40 years, TC Energy has been engaging with Indigenous groups. We recognize Indigenous groups as rightsholders who have a distinct relationship to the land. We understand that our business activities have the potential to affect these groups in tangible ways.

Our approach to Indigenous Relations 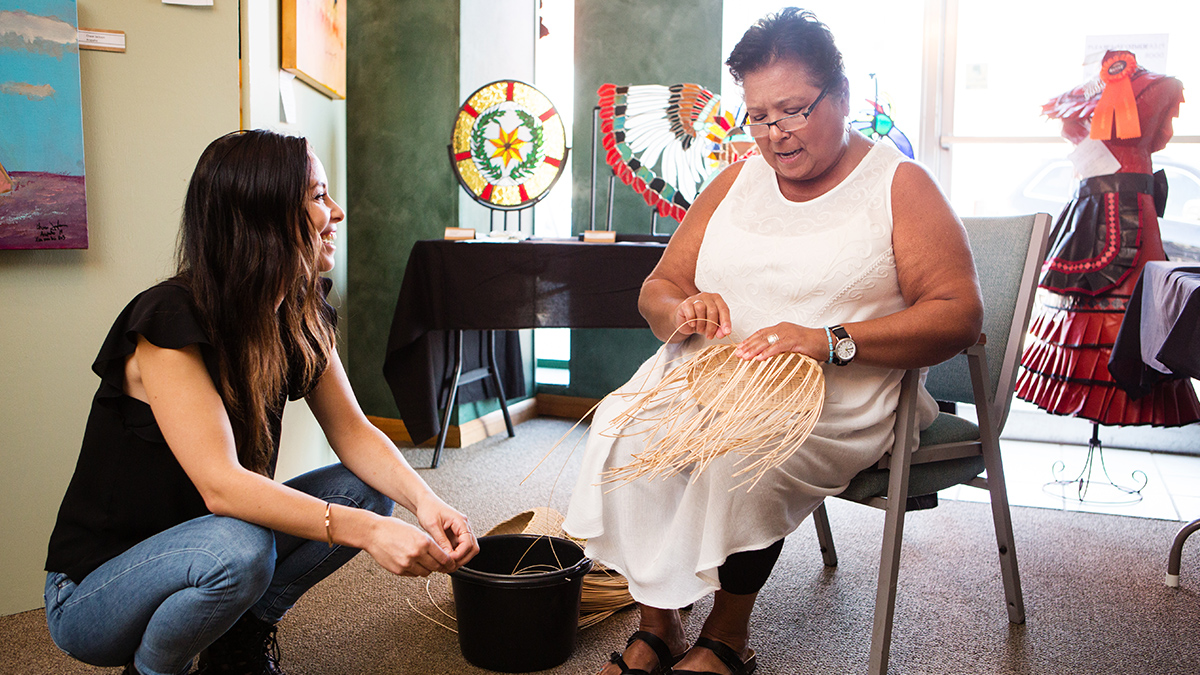 Our Indigenous Relations team engages early and often with potentially affected Indigenous groups to understand their interests, identify opportunities, respond to their concerns and facilitate participation on our projects. We identify and create opportunities that support these groups through education and training, community legacy, scholarships and engagement with Indigenous contractors and businesses. By working together and ensuring open communication with Indigenous groups, we strive to earn their respect and trust to establish and grow positive long-term relationships.

Indigenous awareness training sessions offered to employees and contractors since 2001

The following principles guide our engagement activities with Indigenous groups:

TC Energy strives to be a leader in the delivery of energy in a safe, responsible and sustainable manner, ensuring we are positioned to maximize long-term value creation.

TC Energy believes mutual success is anchored in relationships based on trust and respect. It’s what we do every day. We demonstrate trustworthiness through our actions.

We bring value to our relationships with Indigenous groups through project‑specific and long‑term career and business opportunities. 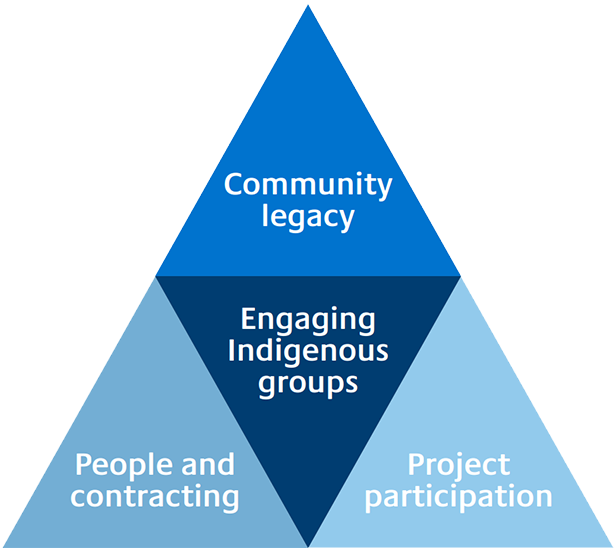 We conduct ourselves as partners committed to forging collaborations that result in lasting, positive change for both the company and Indigenous group.

Participation agreements are one way we work with Indigenous groups potentially affected by our activities to acknowledge their unique governance, relationship to the land and legal standing.

Providing employees and contractors with a deeper understanding of the history, cultures and traditions of Indigenous peoples is essential for successful engagement with Indigenous groups.

We offer a multi-tiered approach to our Indigenous Awareness Training Program. In 2020, we began developing new mandatory annual company-wide training that focuses on educating all employees, contractors and members of the Board of Directors on the history and cultures of Indigenous peoples in North America, with training to be rolled out in 2021.

Since 2001, we have offered – and continue to provide – additional training modules open to all interested employees and contractors. The training includes region-specific histories, cultural practices and hands-on experiences such as smudges and sharing circles led by Elders, as well as online and in-person workshops on our policies and engagement expectations. 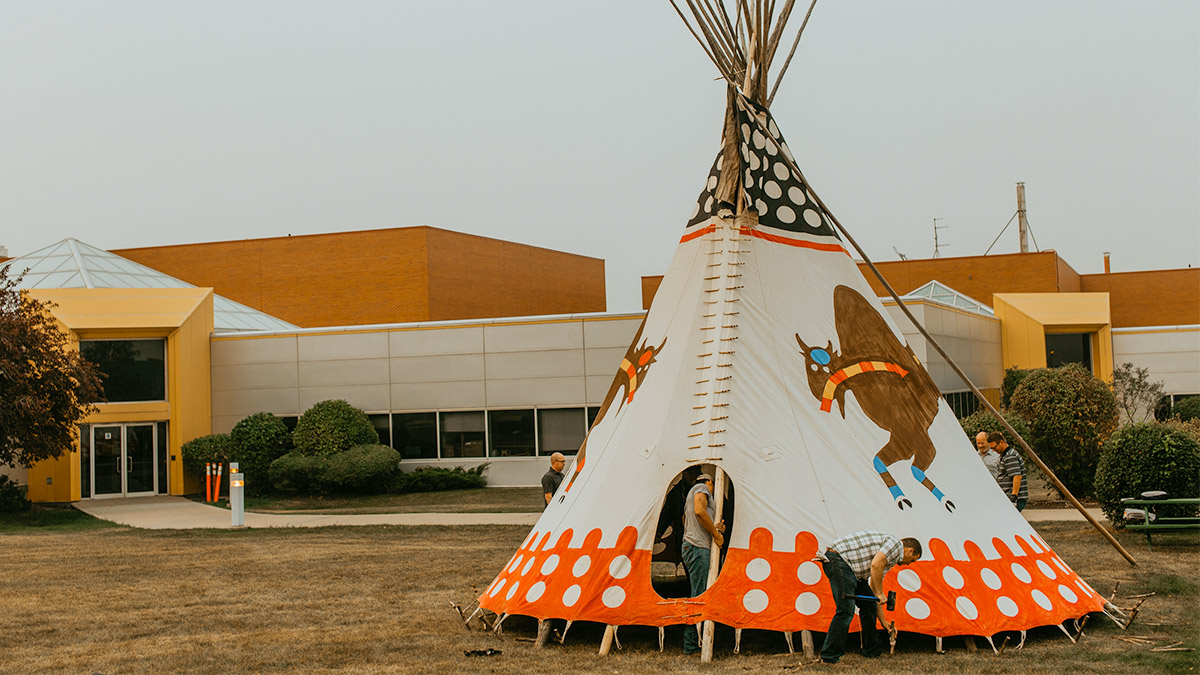 How long has TC Energy been engaging with Indigenous groups?

What is the difference between engagement and consultation with Indigenous peoples?

In Canada, the duty to consult always rests with the Crown, and is driven by the fiduciary obligations of the Crown to Indigenous people under treaty and under law. The duty arises whenever the Crown is making a decision that has a reasonable possibility of adversely affecting the exercise of Aboriginal and Treaty rights, as protected under s.35 of the Constitution Act, 1982. The nature of the duty to consult depends on the seriousness of the potential impact and the strength of the claim. It operates on a sliding scale, starting with providing simple notice of the activity (e.g., building a pipeline), and ending with “full consultation,” which includes meeting with Indigenous communities to discuss avoidance, mitigation, management or accommodation of potential adverse project effects.

The Crown cannot delegate the duty to consult to industry, but it can decide to delegate procedural aspects to fulfil its duty, as proponents are often in the best position to address Indigenous groups’ concerns. TC Energy calls carrying out this delegated duty “engagement,” to distinguish it from consultation.

How does TC Energy identify potentially impacted Indigenous peoples for engagement on new projects? Do instances arise where the impacts identified are recognized in international law but not in domestic law?

TC Energy identifies Indigenous groups through a combination of desktop research, regulators’ guidance, the company’s own operating experience, including past projects in the region, existing agreements with Indigenous groups, and an established network of contacts with Indigenous groups in the project area. TC Energy also considers the project’s proximity to Tribal reservations in the U.S., First Nation reserves in Canada, asserted traditional territory of Indigenous peoples and Indigenous settlements and communities. In addition, TC Energy engages with any Indigenous group that self-identifies as a potentially affected party to understand their interests, the nature of their concerns and to determine the most appropriate method of engagement going forward.

Canada, the U.S. and Mexico (the three countries within which TC Energy operates) have distinct laws pertaining to the protection of Indigenous rights and interests, as identified in Article 32.3 of the United Nations Declaration on the Rights of Indigenous Peoples (UNDRIP). Where TC Energy’s business activities have the potential to affect local Indigenous groups, our practice is to engage with these groups to understand their issues and concerns, and ensure we take reasonable steps to mitigate those concerns. By taking this approach, we adhere to and often exceed the regulatory requirements of the respective jurisdictions.

How do you avoid impacts on traditional and sovereign lands, including water, air and land pollution, and provide consideration of routing studies?

Our regulatory process focuses on working with Indigenous groups across all business lines and jurisdictions. It is informed by our Indigenous Relations commitment statement, policy, strategy, guiding principles, as well as legal and regulatory landscapes, which continue to evolve. Regardless of what region we operate in, we aim to reach consent on our projects among Indigenous groups through early and ongoing engagement. We also strive to avoid and mitigate project-related effects on the exercise of Indigenous rights through environmental assessment and project planning.

What percentage of TC Energy’s employees and contractors are Indigenous?

TC Energy makes every effort to track the overall percentage of Indigenous employment; however, this information is based on self-identification. It is not a practice of TC Energy to require self-identification by any employee or contractor. TC Energy strives to build a workforce that is representative of the demographic profile in which we operate.

How do you deliver training on Indigenous cultural awareness?

TC Energy’s Indigenous cultural awareness program is delivered in three modules comprising a region- specific historical overview, a synopsis of how the Indigenous Relations program is implemented within the company and a hands-on cultural experience which is offered regularly to all staff and in-house contractors in Canada.

In 2020, we enhanced our program by developing training for all employees and contractors, which provides education on the history and culture of Indigenous groups within Canada, the U.S. and Mexico.

How does TC Energy measure the success of its engagement with Indigenous groups?

We measure the effectiveness of our engagement approach by tracking, responding to, and striving to resolve all issues and concerns raised by Indigenous groups with whom we engage.

TC Energy implements the Indigenous engagement program to develop and strengthen relationships with interested communities, and to foster productive dialogue throughout asset lifecycle.

In addition to tracking the number of “engagements with Indigenous Groups” does TC Energy track the percentage of potentially impacted groups with whom agreements have been reached? Is it willing to report this information?

While TC Energy does not use agreements as a measure of success in Indigenous engagement, we do enter into agreements with Indigenous groups who may potentially be affected by our projects, such as capacity funding agreements and funding for Traditional Knowledge studies.

In 2019, we entered into a total of 87 agreements with the 46 Indigenous groups we were engaging on 16 projects we had under development in Canada.

Need more information or have a question?

Email us at Indigenous_relations@tcenergy.com, call us at 1-855-895-8754 or visit our Contact us page for more information. 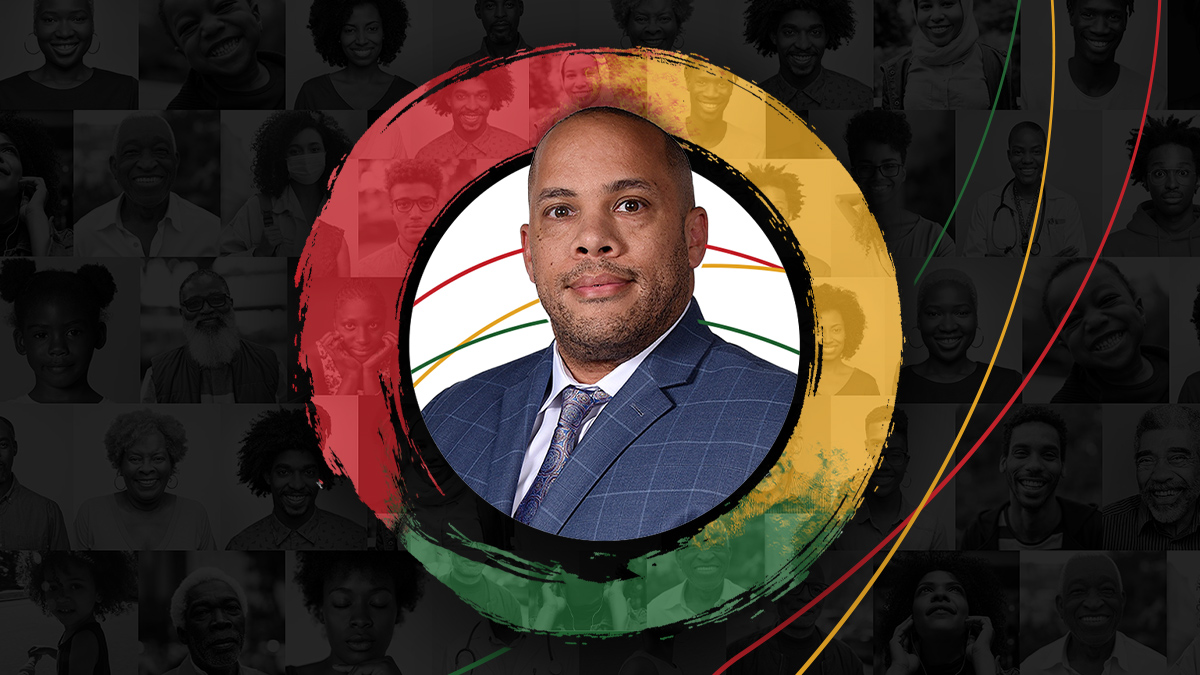 This is me, Marlon 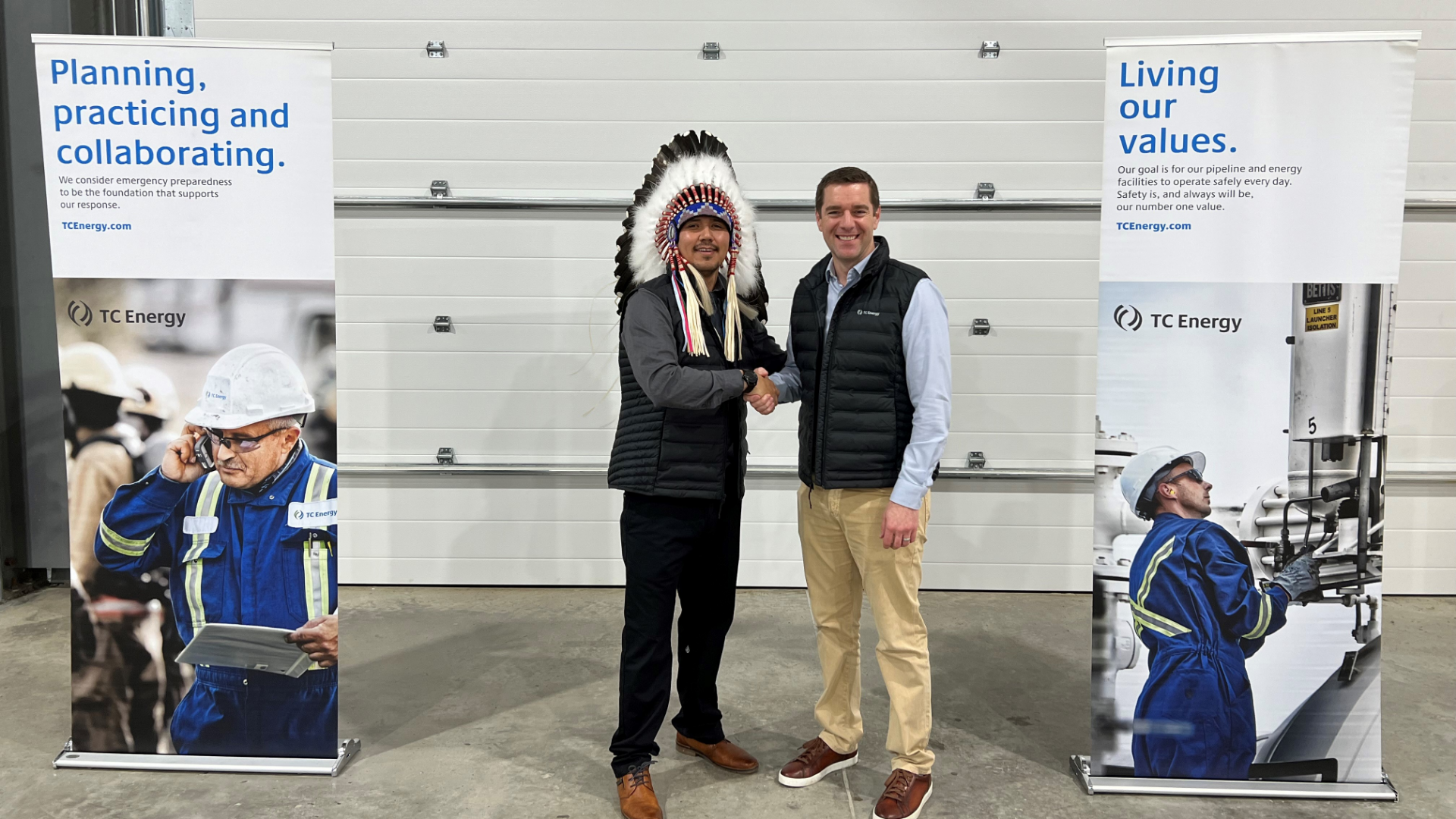 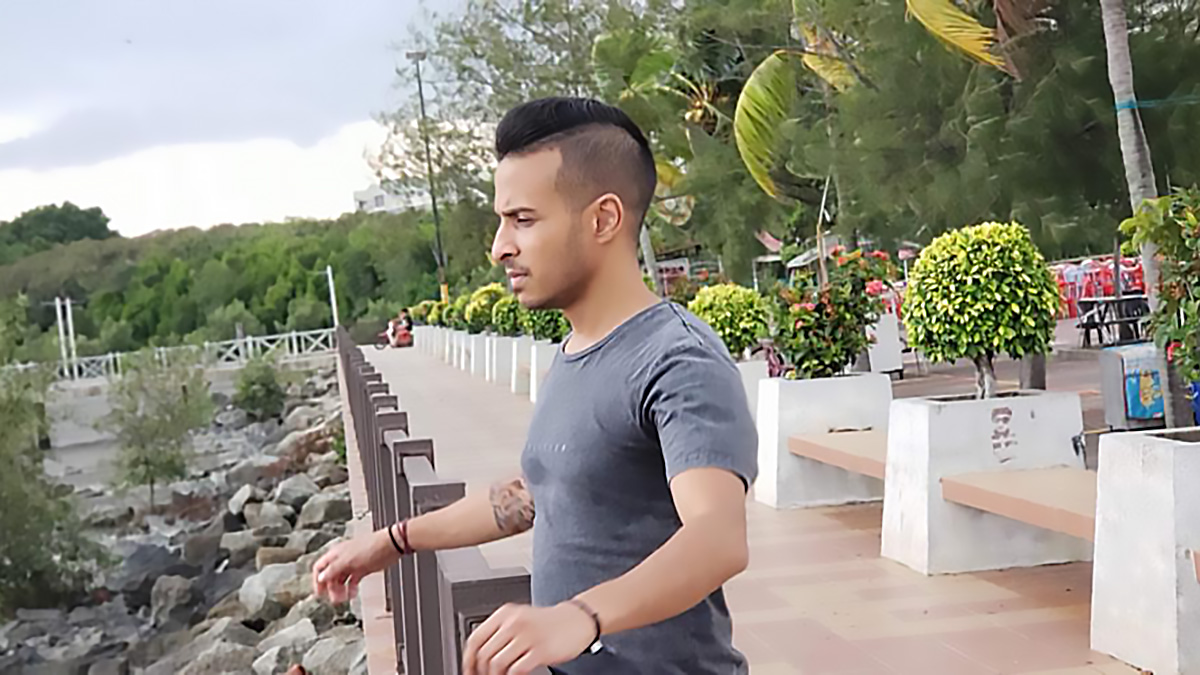 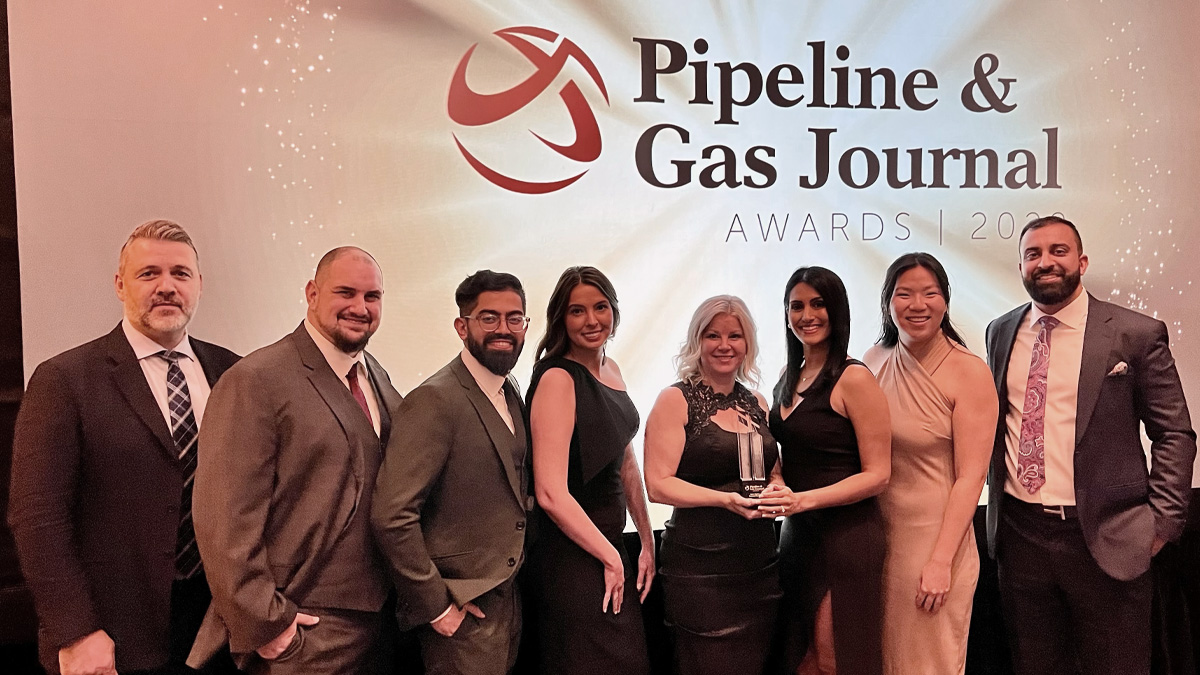